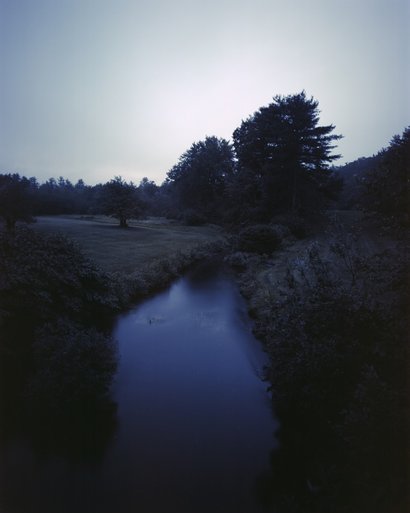 Ryan Bollenbach is an MFA candidate in the University of Alabama MFA program where he formerly served as the poetry editor for Black Warrior Review. His chapbook in the house on the cusp of light is forthcoming in 2017 from H_NGM_N as part of their PDF chapbook series. His writing has appeared or is forthcoming in smoking glue gun, Heavy Feather Review, Hardly Doughnuts, and elsewhere. Find him on Twitter at @SilentAsIAm.
Barbara Bosworth is a photographer whose large-format images explore both overt and subtle relationships between humans and the rest of the natural world. Whether chronicling the efforts of hunters or bird banders, or evoking the seasonal changes that transform mountains and meadows, Bosworth’s caring attention to the world around her results in images that similarly inspire viewers to look closely. Bosworth’s work has been widely exhibited, notably in recent retrospectives at the Denver Art Museum in Colorado; Peabody Essex Museum in Salem, Massachusetts; the Smithsonian American Art Museum in Washington, D.C.; and the Phoenix Art Museum in Arizona. Her publications include The Meadow (Radius Books, 2015), Natural Histories (Radius Books, 2013), Trees: National Champions (MIT Press; Center for Creative Photography, University of Arizona, 2005), and Chasing the Light (Nightwood Press, 2002). Bosworth grew up in Novelty, Ohio. She currently lives in Massachusetts, where she is professor of photography at the Massachusetts College of Art and Design in Boston.