This afternoon I’ve got a meeting with ____ ____ to tell her that the poem in which I call her my _____ ____ has been destroyed & I’ll never publish it or read it at a reading because I’m done writing about anyone I work with, she has my word.

In a lecture I wrote, I say I’ve been influenced by photography more than poetry & spent years writing poems in response to photography’s characteristic concerns. I say my career in poetry is one long synesthetic mistake. Now you can skip the lecture that anyway you weren’t planning on attending. Also, the lecture’s not really about photography & this isn’t a poem.

My new friend Monica just texted me. I’m allowed to use her name because she’s not a poet & I don’t work with her & I haven’t yet made that promise to ______ ______. Monica’s very beautiful & intimidating & I like her because, even though we haven’t ____ ______ together, we admitted to each other in low voices, in the dry goods aisle of Whole Foods, that we each like to ___ ____. I don’t remember how the topic came up & can’t say what Monica & I like because we’re moms & it’s not legal so I shoot blanks to protect her.

In my second lecture, the one about the legacy of confessional poetry, I get into it with Anne Sexton who is a terrible mother but a better poet than most people think. I talk about Lowell, Plath, Snodgrass but not so much Berryman. In the end, the lecture’s mostly me looking at Sexton looking at Sexton & at her daughter & her mother who are also Sexton.

Sexton, as I said, is a very good poet & a very bad mother. I say “is” because mothers can be bad even if they’re dead. My mother is. Bad & dead.

“As if it were normal / to be a mother and be gone” wrote Sexton.

I’ve got a poetry reading tomorrow with ______ & _____ who are excellent poets & intimidate me. Also, I love them & they are generous & by generous I mean not easily offended, which is a kind of love, don’t you agree?

I don’t know what to read. I’m sick of that new poem about my son worrying about death & the photographer Sally Mann & _____ has heard that already. I could read the poem about _____’s death, the one in which I use people’s initials instead of names so as not to offend them but _____’s brother suggested I change the initials to different initials & I haven’t done that yet.

An editor, by which I mean ____ _____, suggested I take the names out of my book. Can’t you do the same thing without using names? he asked. So I took out the name of a famous poet I didn’t know but kept dreaming about. The poems were kinder then or maybe crueler. They were definitely not the same. They were more about me & not about what had happened to the poet’s daughter.

I wonder, I said to the editor, If naming is a kind of love? But the editor said, Hasn’t he suffered enough? Tell them about the time you took out the names and it made the poem better, says the editor.

If you don’t have anything nice to say don’t say anything, says everyone.

I say nothing for five minutes. Then I say, By the way I was paid $_____ to write the lectures but it’s gauche—pardon my French—to discuss money.

I have nothing other than these lectures. (I almost wrote “which cost me my right arm,” but didn’t write that because that’s not true although writing them has felt like _____ & has been hard as shit & fucked up my language, which is why I just wrote “hard as shit,” which is a stupid thing to write. At the very least I should write “hard as old shit” since fresh shit isn’t hard at all. “Hard as old shit” is more precise but is not something a real poet writes in a real poem.)

I write: “My son is very boring. To be more precise, I find being with him boring.”

He wants to talk about soccer or Star Wars or Ellen DeGeneres, none of which interests me. I did, however, like the new Avengers movie because Mark Ruffalo & Robert Downey Jr. are hot as hell or hot as shit or hot as ____. I’m allowed to name them in poems because they’re celebrities & also this is not a poem.

For the record I, too, am a bad mother. Actually, I am an amazing mother, but all I want to do is work.

The other two sons are not boring. To be more precise, I find being with them enormously stressful.

I sometimes often find the way the light the landscape. Haha.

All I want to do is work.

“Perverse” as in: a deliberate, obstinate desire to behave in a way that is unacceptable.
As in: T minus minutes to soccer.
Or: roll two sheets of paper together—black & any other color—tape the seam = makeshift light saber.

That last blank has been left blank not because I am afraid of hurting someone’s feelings or that it will negatively affect my career but because there is nothing interesting about me. If I were not practicing discretion I’d say the only interesting thing about me is my compulsive confessing.

After hearing my lecture on photography, Colin said I could not use the word “truth” without indexifying the term. I have no idea what Colin means & here I use his real name as a way of calling him out & to protect myself from the shame of believing in truth. If I can’t say “truth,” fuck it, I’ll write “Colin” even if he is the boyfriend of my dear friend & might not like being in this poem. There I go again calling everything a poem!

I’m sick of my “I” & “she” pronouns, sick of what an editor called “the role of authenticity in your work” in which “role” means pretending something is something else, in which “you” means I. For example I am not actually sick when I say being a woman is _____ to me all these babies later. When I say being straight & white wah wah [dot] [dot] [dot]

After my lecture on the legacy of confessional poetry my fifteen-year-old son said, So your lecture’s about how we should feel sad for unhappy white women which you are? Everyone laughed. My son is very funny & smart. Not often hardly boring.

It turns out my sons are my best work but all I want to do is work.

Put it in the book! says ____, about a book we are & are not writing together, a sequel to our book about birth. This one will be about sex & middle age & we will say all the things we did not say before which will be very difficult to do after I make my vow. Oh me & my upcoming meeting! Will ____ ______ believe I’ve seen the error of my ways? Not if she comes to this reading.

Last night I dreamed I was trying to get my husband to have sex with me & every time he acquiesced it turned out we were in public. Despite the fact that no one seemed interested in watching us, he kept stopping because he was not into having sex in public & we ended up (in the dream) watching a movie with ____ & _____ & ____ put his hand on my leg & it occurred to me that this might be what I’d long ago experienced as a come-on although even in the dream the phrase “come-on” was so remote I kept thinking it wasn’t the right idiom. Meanwhile, _____ had his hand on my leg & I thought (in the dream) at this point there is no way I would say no to anyone, which is not the same exactly as wanting to say yes to _____, but looks a lot like it because of course ____ is “anyone.”

______, who shouted at me because I get everything even the New Yorker & with whom I am & am not writing a book, has ______ sex. She has it a lot & writes about it. I know this because she tells me all about it. Actually she tells me as much as she thinks I can handle, which is not very much. Also, I just read her new book which was supposed to be about her dead baby but has an awful lot of sex in it none of which is awful. In fact, I just read her poem about a student she had a crush on & how she wondered if her instructions in workshop were a kind of come-on which reminded me of my dream & also of my vow never to write a poem like that again at least not after my meeting which is in only a few hours. From now on I will only write about Mark Ruffalo & Robert Downey Jr. & I will not listen to my friend when she says if I want my needs met maybe I need a new partner so there we are:

Dear Mom
I wrote two lectures
one about photography
& one about confessional
poetry but they were not
about those things
both lectures were
veiled ways of
explaining to you
why I insisted on
publishing a book
you didn’t want me
to publish
it is difficult to
explain this to you
because you are
dead because you died &
the last thing you said
to your therapist was
“Tell Rachel not to
publish the book”
& I did anyway
I thought Dad had
lost his mind
when he said
“I am upset
Diane died—this
makes it much more
difficult to speak
with her.”
I called my
stepmother to say
please deal with
Dad I couldn’t
deal with anything
not myself not my
sons I had become
a woman who had
killed her own
mother but Dad
was right it is
more difficult
to speak to you
but I keep trying

Perhaps that’s why I’m stupid enough to swear I’ll never write another poem about anyone I know or use names, only my own maybe not even my own even if it means I show up to the reading with nothing new nothing mine nothing “true.” 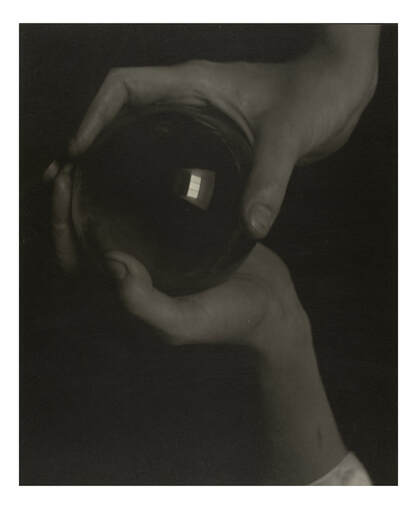 Rachel Zucker is the author of ten books including the forthcoming SoundMachine (Wave Books, Fall 2019). She is mother to three sons, founder and host of the podcast Commonplace, an adjunct professor at New York University, a non-practicing labor doula and photographer, and currently hard at work on an immersive audio project. For more information, visit www.rachelzucker.net.
Back
Issue eleven